Steve Fossen and Michael Derosier, bassist and drummer for the band Heart during the 1970s and early 1980s, are now touring as Heart By Heart. "Our mission is to perform the classic Heart music as faithfully as we can," Fossen says. The band features vocalist Somar Macek, guitarist/keyboardist/vocalist Lizzy Daymont and guitarist Chad Quist. Heart By Heart presents a powerful, dynamic show that includes all the favorite Heart hits as well as deep album cuts that fans will love.

Fossen and Derosier are the powerful driving engine behind Heart's classic hits like “Barracuda”, “Straight On”, “Crazy On You”, “Magic Man”, “Even It Up”, “Dog & Butterfly”, “Heartless”, “Kick It Out”, and more. First formed by Steve Fossen in 1969, Heart went on to release six top-10 albums and landed 20 hit singles on the Billboard top 40 chart. In recognition of their contributions to these iconic recordings, and to Heart’s first seven years of national and international touring, Fossen and Derosier were inducted into The Rock & Roll Hall of Fame with the rest of the original Heart lineup in 2013.

All dates are subject to change. Please check back here for the most up-to-date information. 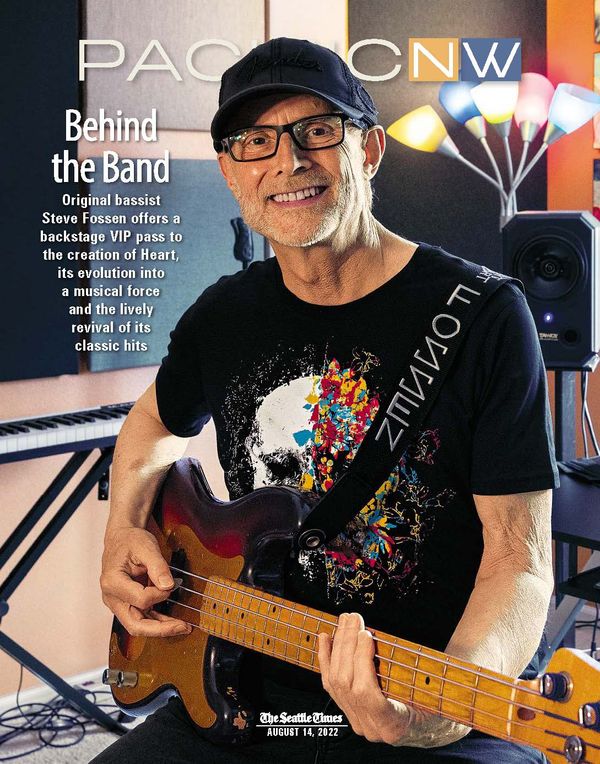 Heart By Heart's very own Steve Fossen is featured in a cover article for Seattle Times' Pacific NW Magazine. Read the article here! 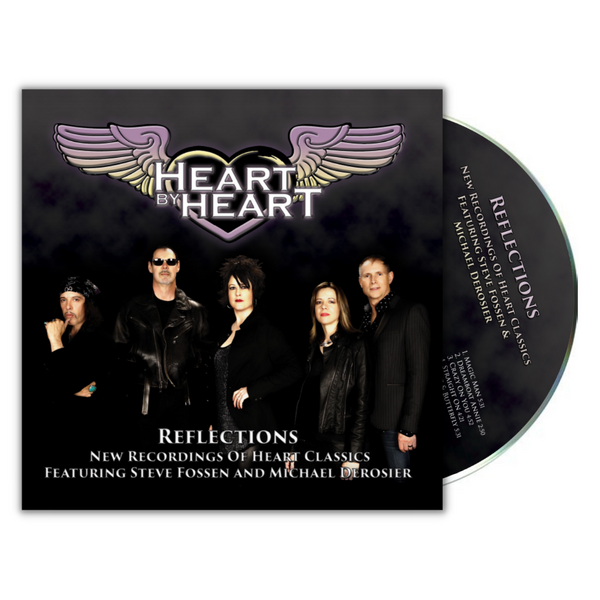 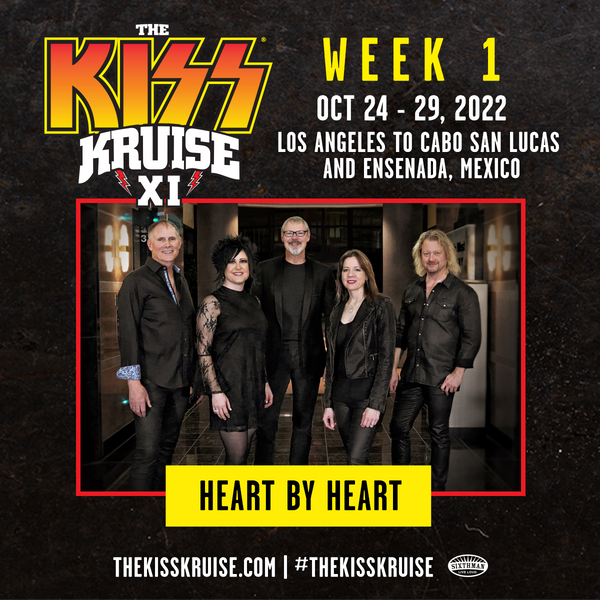 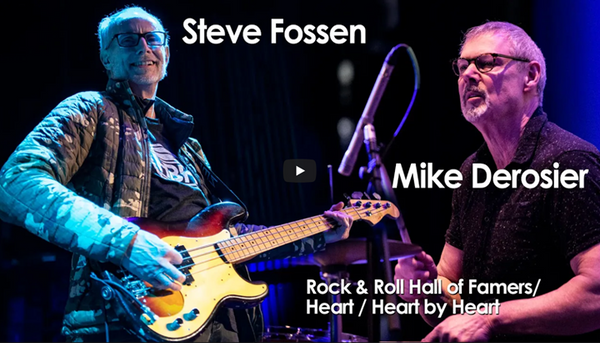 Elliot Gould of Render Edge Media sits down with Rock and Roll Hall of Famers Steve Fossen and Mike Derosier, Heart's original bassist and drummer, to talk about the early days of Heart, the drama behind the Rock and Roll… 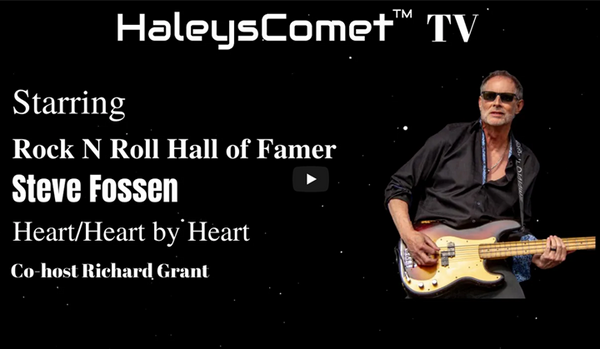 Click on the above image to watch the video interview! 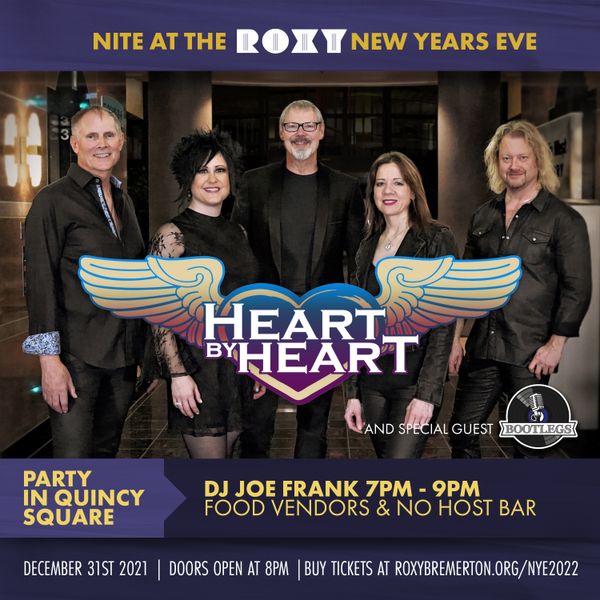 Please join us in ringing in the new year at the Historic Roxy Theatre in Quincy Square. With live music by Heart by Heart, featuring original Heart members Steve Fossen & Michael Derosier. The band performs the legendary music… 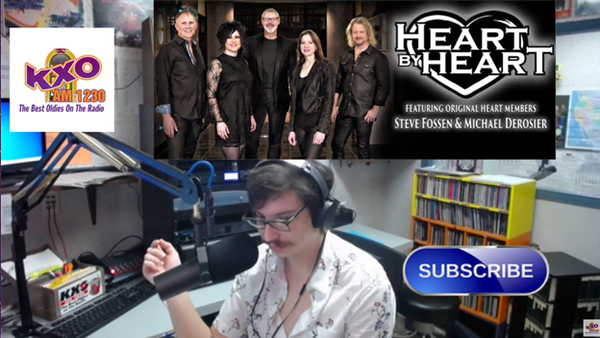 Interview with Heart by Heart's Steve Fossen on KXO Radio AM1230 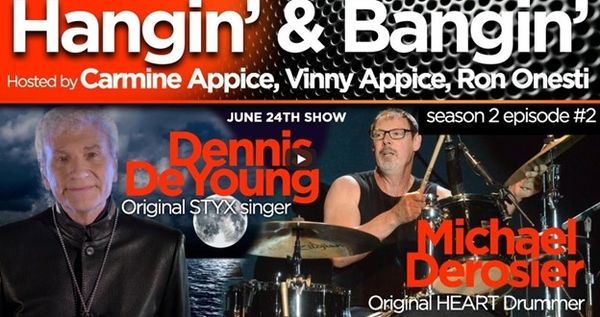 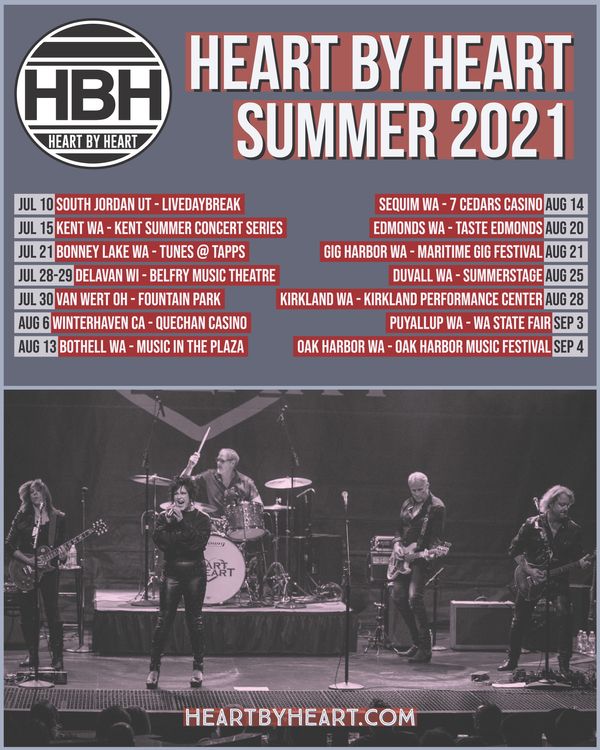 Heart By Heart is so excited to let you know about our upcoming live-in-person shows happening this summer! We're hoping to see some new and familiar faces very soon, as we bring to you the legendary music… 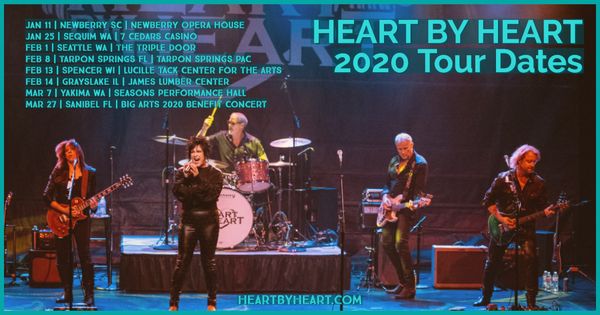 Ticket info for all shows on the TOUR DATES page 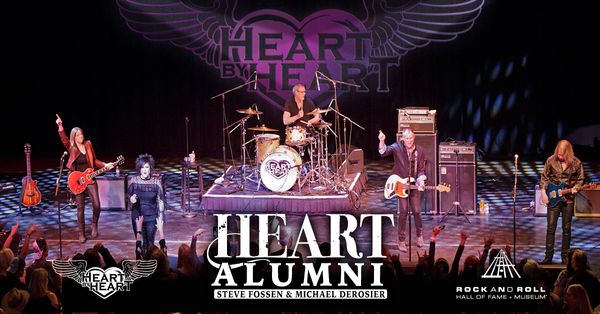 Thanks to Paladin at KFML in Little Falls MN! Click the image below to hear the interview with Steve Fossen.

An interview with Steve Fossen of Heart By Heart (and former bassist for Heart), ahead of their concert Friday, October 12th at Ho-Chunk Gaming in Black River Falls.

Steve delves deep into Heart history in this extensive interview on episode #149 of the PRIMO NUTMEG podcast! 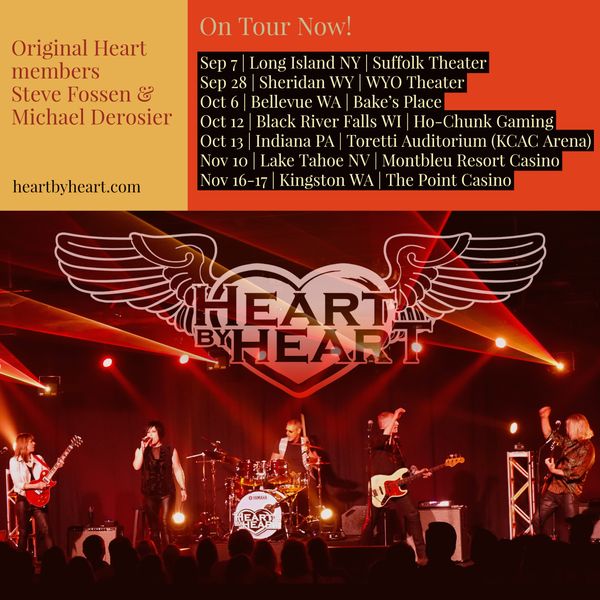 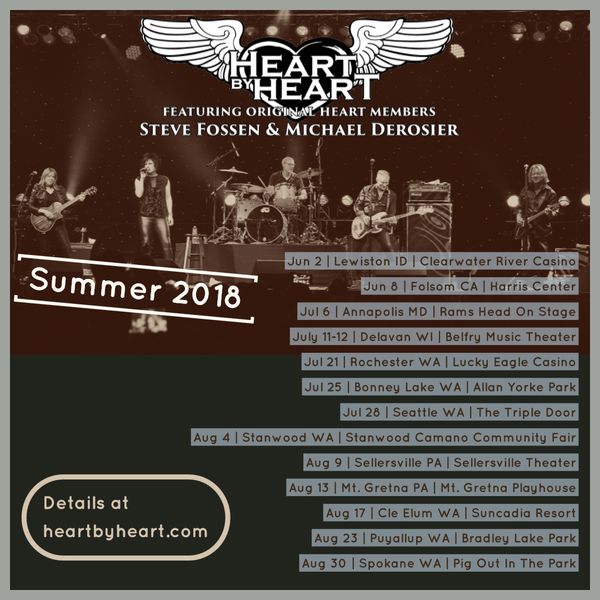 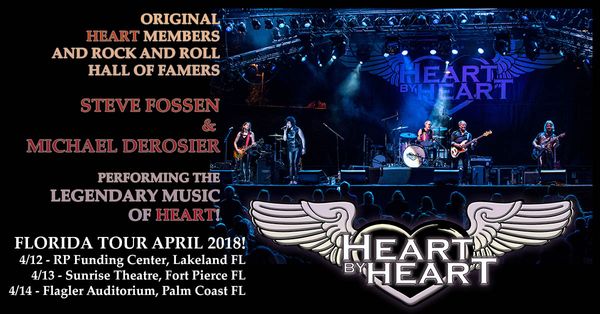 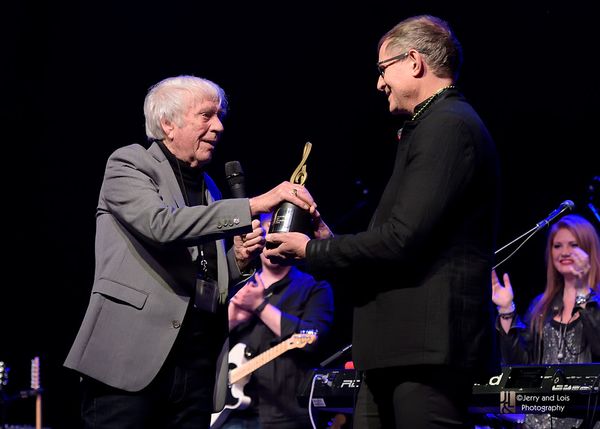 Heart By Heart is proud to support the fundraising efforts of Music Aid Northwest, helping music programs in Washington schools.

Taken from the band's personal cameras...an inside look at life on the road! 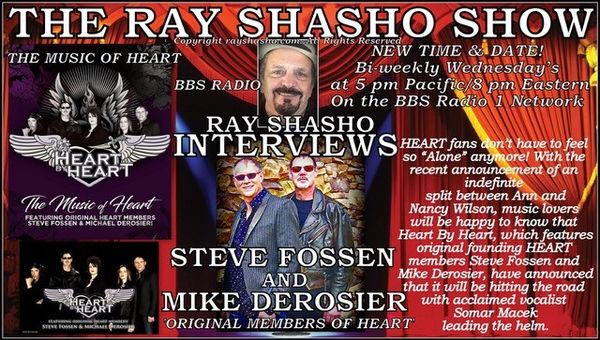 Or check in later at the Ray… 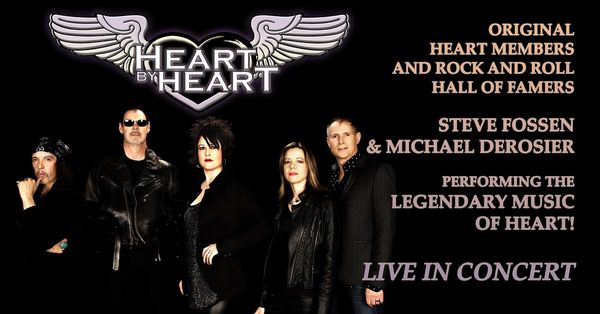 New Year's Wishes from the band! Click here for the video!

Check out Steve's interview on WEBE 108 FM! Click to listen. 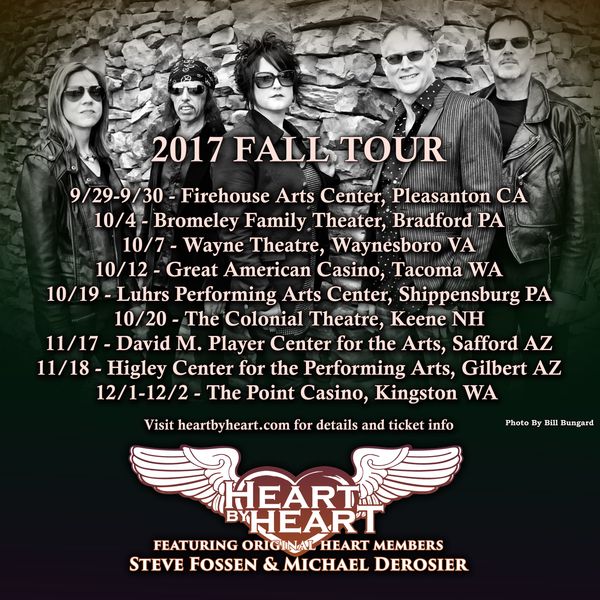 Heart By Heart will be traveling quite a bit this fall, with lots of shows happening! Are we coming to your town? Go to the Tour Dates page for show details. 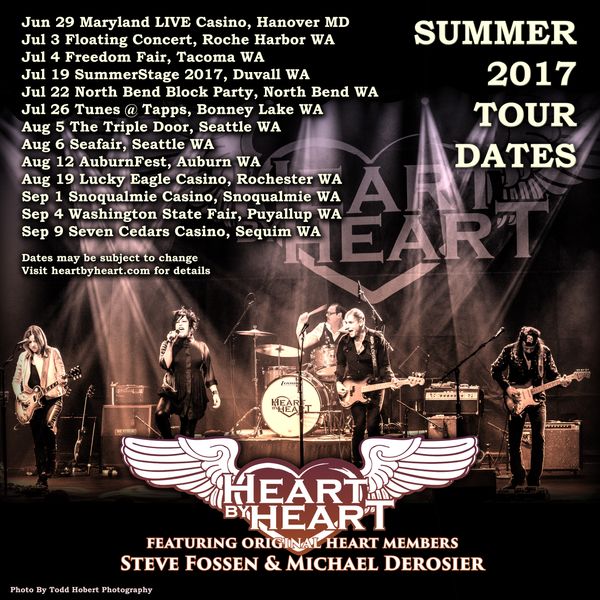 Here's where we will be this summer, come rock out with Heart By Heart! Find out all the details on the Tour Dates page. 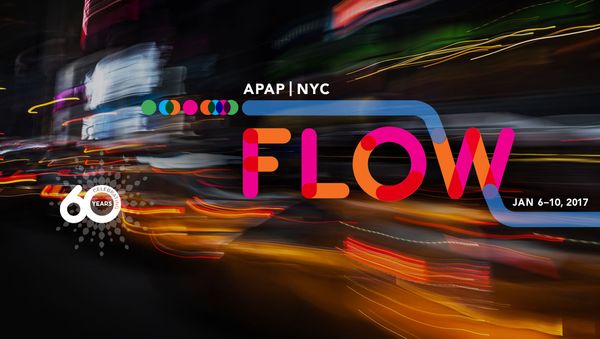 Heart By Heart is excited to perform a showcase at the Association of Performing Arts Presenters 2017 conference!